Kristin Lovejoy is the General Manager of the IBM Security Services Division, charged with development and delivery of managed and professional security services to IBM clients world-wide. Prior to her role in Services, Kris was IBM’s VP of Information Technology Risk and Global CISO, responsible for managing, monitoring and testing IBM’s corporate security and resiliency functions globally, where she also acted as Chairman of IBM’s IT Risk Steering Committee, co-Chair of IBM’s Data Security Steering committee, co-Chair of the IBM’s Social Networking committee, and member of IBM’s Enterprise Risk Committee. Today Kris is a member of a number of external boards and advisory panels, including SC Magazine’s Editorial Board, Forrester’s Security and Risk Council, Corporate, Grotech Ventures, and FS-ISAC. Before joining IBM, she was the CTO, CIO and VP of Support and Services at Consul which was acquired by IBM in 2007 as well as VP of Security Assurance Services for TruSecure Corporation which was acquired by Verizon Business Services Online.

Ms. Lovejoy is a recognized expert in the field on security, risk, compliance and governance, with recent appearances on CNBC, NPR and WTOP. Within the past five years she has been recognized as 2012 Compass Award Winner by CSO Magazine, one of E-Week’s 2012 “Top Women Women in Information Security That Everyone Should Know”, Top 25 CTO by InfoWorld, as Top 25 Most Influential Security Executives by Security Magazine. Ms. Lovejoy holds U.S. and EU patents for Object Oriented Risk Management Models and Methods. 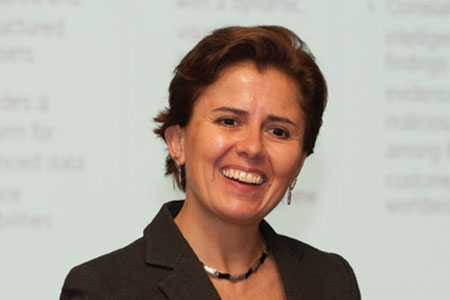