Frank A. Adams is the Executive Chairman and Founder of Grotech Ventures and its predecessors Grotech Partners and Grotech Capital Group, one of the oldest, largest and most successful venture capital funds in the country focusing on the Southeast, Southwest and Mid-Atlantic regions. Under his leadership Grotech has grown from $12 million in managed assets in 1984, to over 1.5 billion dollars through 9 funds. He has been the principal architect of the Grotech structure, investment strategy and portfolio management which has helped grow over 70 successful developing companies with market caps in excess of $15 billion. Since founding Grotech in 1984 the firm has expanded its operations from Maryland to offices in Virginia and North Carolina. Under Frank’s leadership Grotech has invested in transforming technology companies such as invincea, LogRhythm, NexGen Storage, LivingSocial (now Groupon), Fieldglass, Broadsoft, United Biosource, Advertising.com, USI, DIGEX, Secure Computing, Verity, Interspec, Tessco and CDNow. Mr. Adams has personally led, co-led or collaborated in over 40 companies that have successfully completed public offerings or mergers. He has been a director of several private and public companies in the Grotech portfolio.

Prior to joining Grotech, he had hands-on operating experience with small and moderate sized firms in start-up, rapid growth, turnaround and international situations.  He has held senior executive positions with NYSE/OTC public and private firms including PHH Group, Inc., RLC/Matlack, Inc., The Westinghouse Electric Corporation and TMS, Inc.

Mr. Adams is the recipient of several prestigious awards honoring his achievements including the 2017 TEDCO Vanguard Award, The University of Baltimore 2005 Distinguished Entrepreneur Award, the Greater Baltimore Technology Council’s 2001 Baltimore Extraordinary Technology Advocate (Beta) Award, the 2000 Maryland Award for Economic Leadership and the 1991 Ernst & Young, Merrill Lynch, and Inc. Magazine Entrepreneur of the Year Award.  He has been a Distinguished Lecturer at Georgetown University and University of Maryland Business Schools, and a frequent speaker on venture capital and entrepreneurism at national and local industry meetings.  In 1991, Mr. Adams was inducted into the Institute of American Entrepreneurship as a lifetime member.  He is also a charter director and past chairman of the Maryland Science, Engineering and Technology Development Corporation (TEDCO) and has served on the Governor’s Special Commission on Technology Development in the State of Maryland.

Mr. Adams was formerly a director and Chairman of the Mid-Atlantic Venture Association (MAVA), which he co-founded and managed as president from 1986 to 1999 and as chairman from 1999 to 2002.  Under Mr. Adams’ leadership MAVA became one of the most active and influential private equity organizations in the nation. Since its founding Mr. Adams led the development of the organization to 375 private equity professionals in 127 firms and 265 service provider leaders. 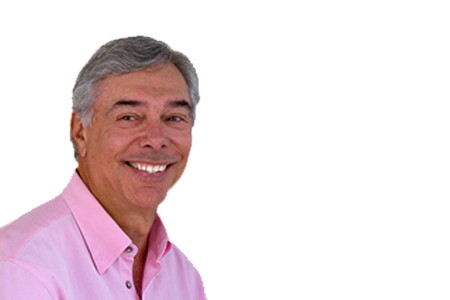