Don is a strong proponent of technology transfer and education and devotes much time to both areas. In 2010, he was appointed to a third term as an emerging technology consultant to the Chief Information Officer of the US Department of Defense through the DeVenCi Program, which is tasked with researching and nominating companies to solve the DoD’s unmet technology needs. In 2011, Don was appointed to the JMU Board of Visitors by Virginia Governor Robert McDonnell. During this four year appointment, he and other board members are responsible for overseeing the effective governance of the university. He also serves on the Board of Directors of James Madison Innovations, Inc., a non-profit corporation which helps commercialize intellectual property produced at JMU. In 2012, he was named to the Board of Directors of the Innovation and Entrepreneurship Investment Authority, which is the parent authority for The Center for Innovative Technology.

Don is also an Organizing Board member of the prestigious MindShare forum. In this role, he helps CEOs from the Washington Metropolitan region’s most promising start-ups build long-term sustainable companies. This invitation-only group provides its annual CEO class with an opportunity to meet peers, potential board members and prominent speakers in an intimate setting to exchange ideas and discuss current issues facing start-up companies. To date, more than 400 CEOs have graduated from the program, including some of the area’s most notable entrepreneurs.

He is a frequent speaker at local and national technology events, and was included on Washingtonian’s Tech Titans list in May 2011 and 2013. The Northern Virginia Technology Council presented Don with its prestigious “Lifetime Navigator” Award for his work with entrepreneurs in March 2011. He was named the Northern Virginia Technology Council “Financier of the Year” in June 2012.

Prior to his career in venture capital which he began with Intersouth Partners in 2000, Don spent many years in business management, serving as president at Attitude Network, one of the first online entertainment networks, which was sold to TheGlobe.com in 1999. He also managed channel distribution and brand marketing in 50 countries for IBM’s $2 billion network hardware division and served as COO of DaVinci Systems where he spearheaded the company’s acquisition by ON Technology. Don designed and launched Novell’s much-emulated global Authorized Dealer Program in the late 80’s. He currently heads the Capital Formation Committee for the Northern Virginia Technology Council.

Don earned a Bachelor of Business Administration from James Madison University and a Master of Science in Bioscience Management from George Mason University. 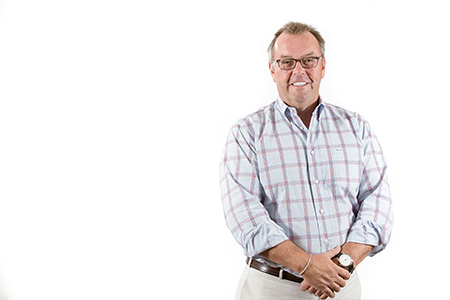